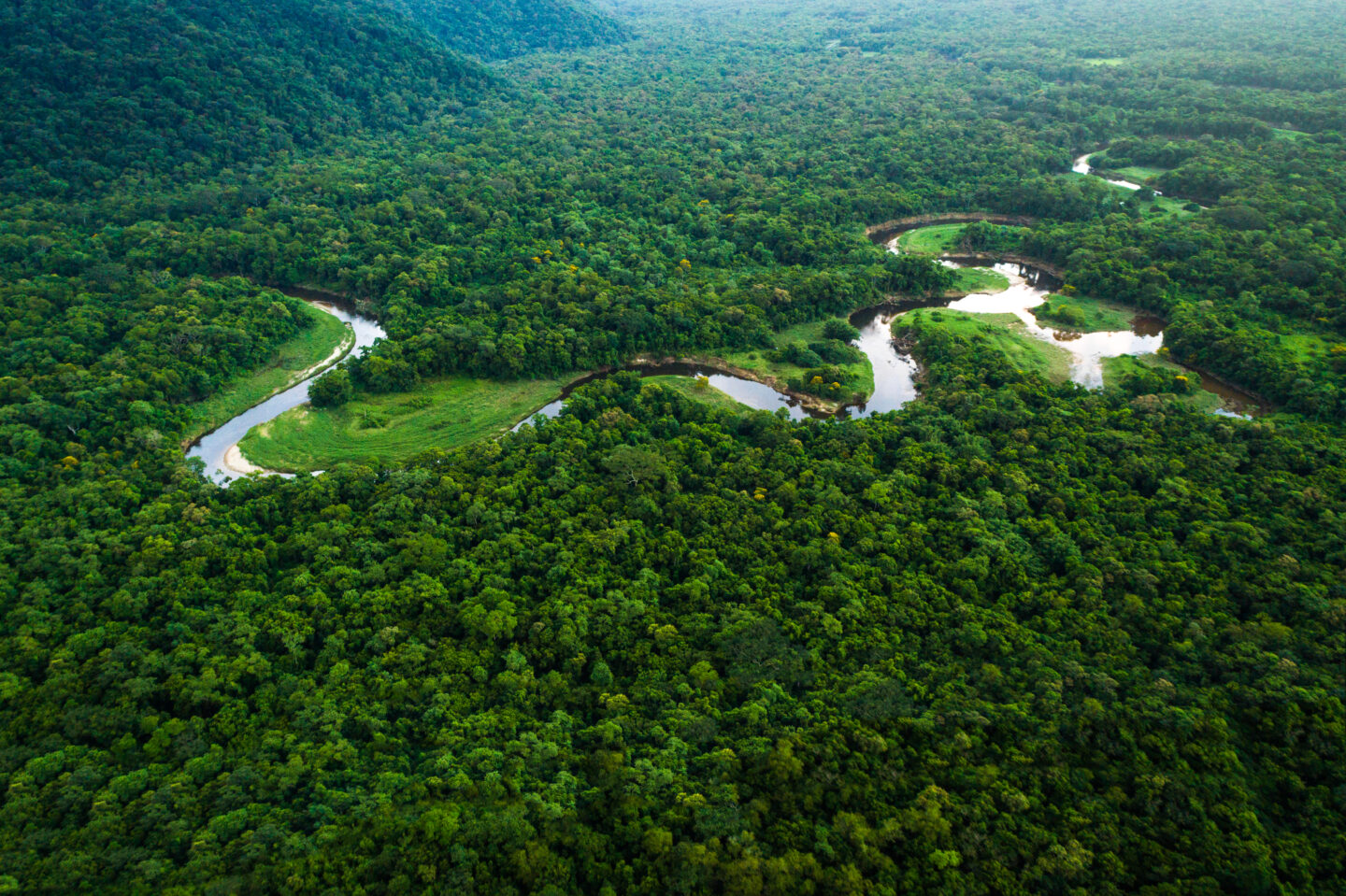 Ibero-American South-South and Triangular Cooperation have addressed the global challenge of protecting the Environment and have advanced towards genuinely sustainable development.

The 2030 Agenda for Sustainable Development, adopted in 2015 by all the United Nations member states, proposed a new global consensus on development, according to which the environmental dimension cannot be dissociated from the social and the economic dimensions. In its preamble, the document undertakes to “protect the planet from degradation […], sustainably managing its natural resources and taking urgent action on climate change”. This has been reinforced by other important international treaties such as the Paris Agreement, to which Ibero-American countries have committed.

On the other hand, the COVID-19 pandemic further alerts on the importance of taking care of ecosystems. In 2016, the United Nations Environment Program (UNEP) warned about the high percentage of emerging infectious diseases of zoonotic origin in humans and about their close link with the health of ecosystems.

Ibero-American South-South and Triangular Cooperation have not been indifferent to these challenges. In fact, one of the most remarkable trends in recent years is that related to the importance the Environment sector has being gaining, which increased from 4.4% in 2007 to 8.1% in 2019, as the following graph shows:

Graph 1. Evolution of initiatives in the Environment sector, by instrument and importance of this sector in the total number of initiatives. Ibero-America with all partners. 2007-2019. In units and percentage of the total. 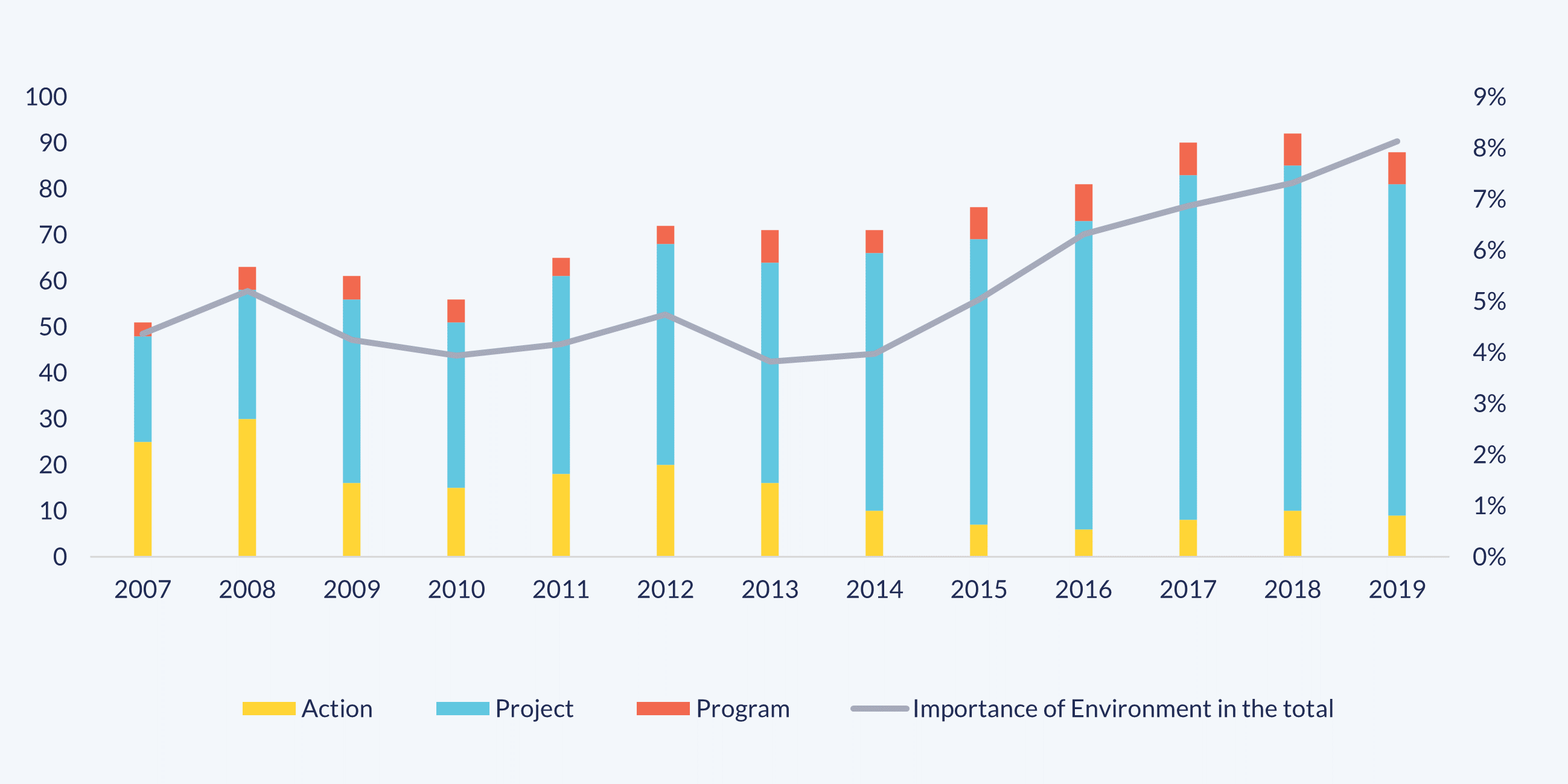 Source: SEGIB based on Agencies and Directorates-General for Cooperation

In addition, the Environment sector’s share in the total number of initiatives has uninterruptedly increased since 2013 and has doubled its importance in seven years (increasing 113% between 2013 and 2019). However, the priority countries give to environmental challenges is not only evident in quantitative terms, but is also reflected in the scale of the interventions. In fact, as the above graph suggests, cooperation dedicated to Environment has tended to be implemented through projects and programs, instruments of a broader scope than actions, which have progressively been decreasing.

The sector’s growing trend is common to all SSC modalities, but it is even stronger in terms of Triangular Cooperation. Its share in this modality was at its highest level in 2016, when it accounted for more than one sixth of the initiatives (17.5%), and it was still high until 2019, the latest year for which data is available.

Graph 2. Sectoral distribution of Triangular Cooperation initiatives. Ibero-America with all partners, 2019. In percentage. 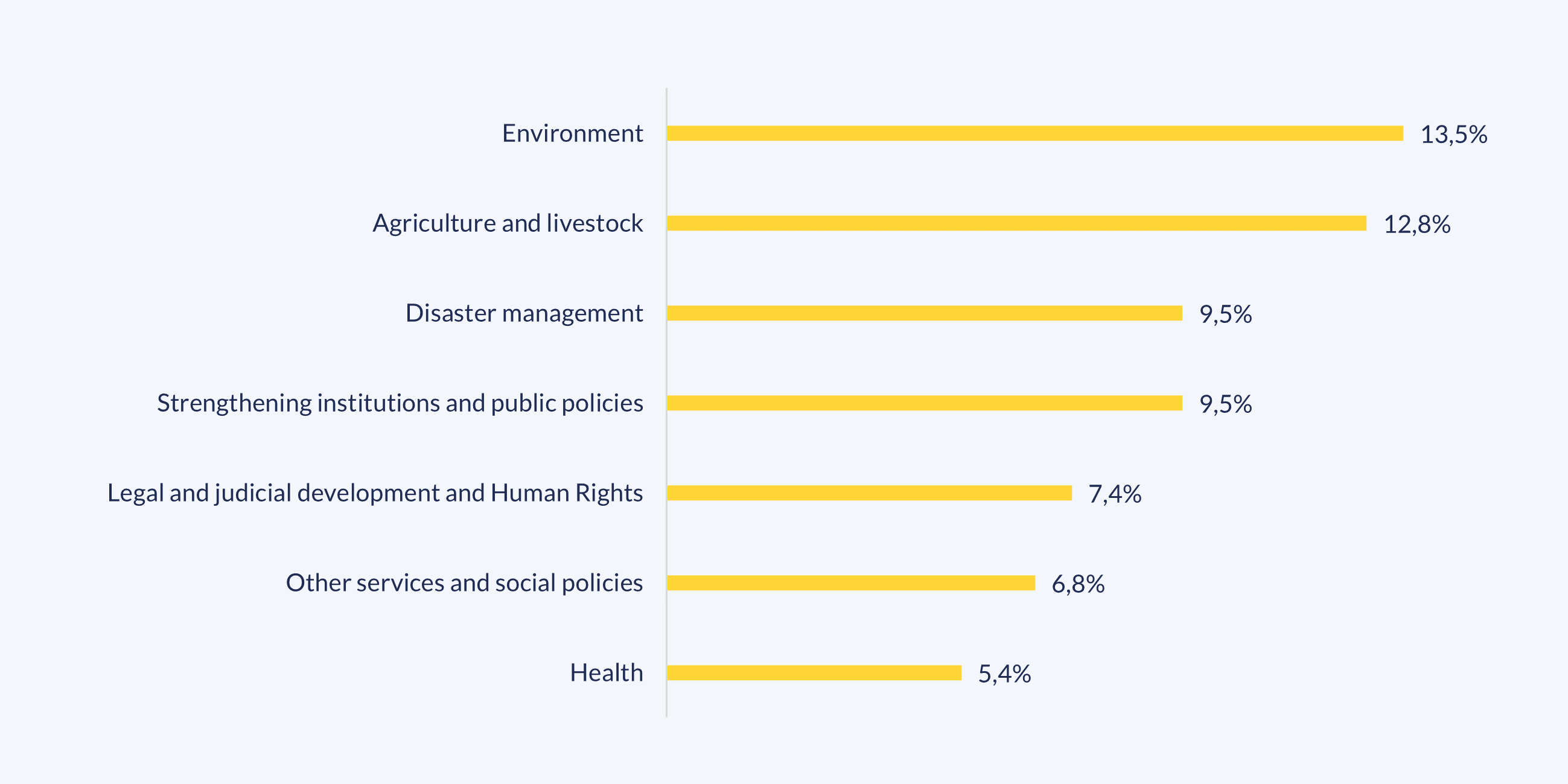 Source: SEGIB based on Agencies and Directorates-General for Cooperation.

As this graph portrays, Environment was the sector with the highest number of initiatives in 2019’s Triangular Cooperation, followed by Agriculture and livestock and Disaster management, the latter also closely linked with environmental issues.

The main findings of the Report on South-South and Triangular Cooperation in Ibero-America in its 2020 edition. April 2021